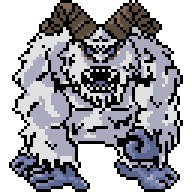 As we continue to plug away on the big Monster Companion update, more and more of the supporting changes are going to start to make appearances on the live servers. The next version bump won’t bring companions, but it will bring us one more important step closer.

There won’t be any earth shattering changes packed into v1.61, but there will be many small ones. Changes include the addition of a “Level Lock” toggle which will prevent your character from earning experience and leveling up. Another tweak: the “Plus Exp” and “Plus Gold” stats are becoming “Extra Exp” and “Extra Gold”, as both stats will now be added as a direct bonus to the Experience and Gold earned from battles, rather than a percentage increase.

My favorite change so far is something that I’ve been meaning to implement for a long time. Per modern MMO standards, all “Quest Giver” NPCs will have quest indicator icons floating above their heads in v1.61:

Exclamation Points indicate that an NPC has quests available; Question Marks mean that you have a completed quest that needs to be turned in to that NPC. The indicators are yellow for regular quests and blue for dailies.

These indicators are one of those random things that was surprisingly challenging to implement, which is why I hadn’t done so before now. With the companion update looming, the quest indicators finally made it to the top of my to-do list because there will soon be many more daily/repeatable quests scattered all over the world related to the new reputation system.

I’ll continue to add items to the v1.61 update notes as I work. The patch should go live by this weekend.

When Will Companions Be Ready?

I’ve been getting this question a lot lately, and all that I’m willing to say is that we’re making great progress on the update and that it will be ready when it’s ready. As soon as I have a public release date set it will be posted here on the blog/Facebook/Twitter in big flashing letters – I promise that you won’t miss it.

Being able to dole out most of the big code changes incrementally on the live servers has really sped up development as compared to the Skill Tree update, which had to be released in one huge chunk. It should also dramatically reduce the amount of time that we need to private test stuff. 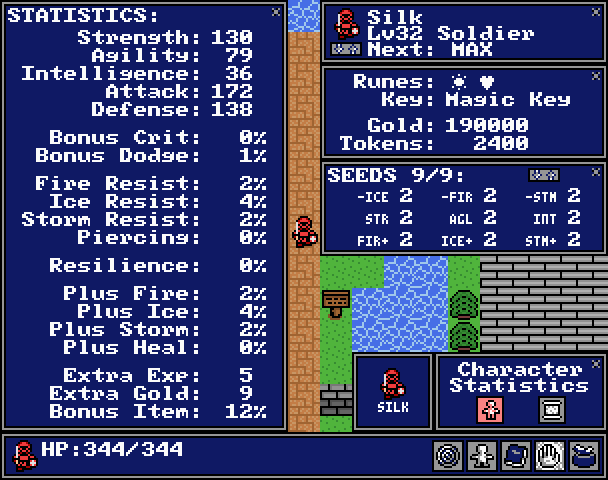 As most of you know, some random script kiddie managed to topple our servers with a DoS attack last week. Turns out that he/she/it did us a favor: I switched over to a faster host with proper DoS protection and so far the results have been great.

In stark contrast to the crappy side of humanity displayed by our attacker, we had several community members step up and make big financial contributions in the past week. “Ninja O” (key: AdamSetzler) made an incredibly generous donation by teaching me how to setup a recurring monthly PayPal donation system and then subscribing to it. For as long as he decides to contribute, his monthly donation will be covering our server costs in full every month. Booyah!

Lumino also made a massive contribution this week by purchasing a ton of gift subscriptions for other players. He has gone on these gift subscription sprees several times in the past, making him our largest financial benefactor. 🙂

So, thank you very much Ninja O and Lumino! Between community members who open their wallets, to those who have contributed incredible artwork, put in countless hours testing/posting bug reports, or even just those who provide lots of moral support, I feel very humbled and grateful.

I’m going to wrap up this beast of a blog post before it gets any longer, but be sure to check in this weekend for v1.61 and keep your eyes on the blog for many more news updates this month.