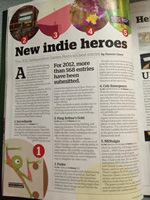 NEStalgia received a mention in the latest issue of PC Gamer!

As most of you know, this past February when we publicly announced the release of NEStalgia we were not expecting to get even a fraction of the media coverage or hordes of players that we ended up receiving. Up until that moment both Spiff and I had always regarded NEStalgia as a fun hobby, but not a serious attempt at making a commercial independent game.

Needless to say, my idea of what NEStalgia was and what it could be changed significantly during the craziness of last Spring. The major changes that you’ve seen in the game since that time have all been part of our efforts to transition NEStalgia from being a hobbyist project into a full-fledged indie game. Although it took much longer than I expected, I’m really happy with where we’re sitting right now and I’m looking forward to what’s next.

Gameplay-wise, NEStalgia’s last major issue is that partying with other players is sometimes necessary in order to progress through the game (not to mention the fact that solo grinding can be a bit of a drag). This was originally an intentional design decision, but as the game grows with future content expansions it will only exasperate the challenges for lonely solo players. We’ve already announced that the remedy to this issue will be a new AI controlled companion system, but up until now the details have been somewhat sparse. 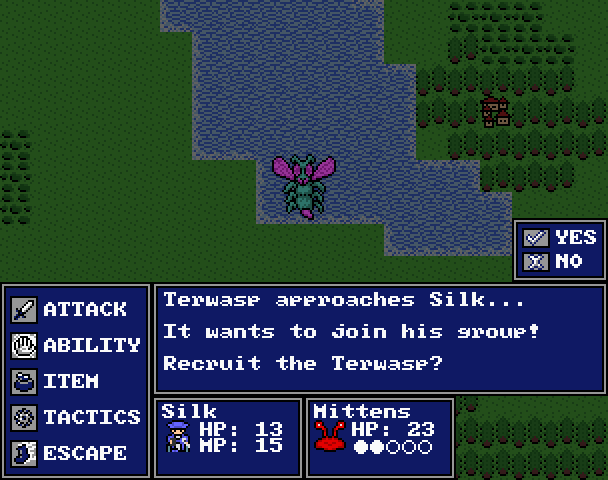 So, here is an outline of how the companions will work:

Those are the basics, and I’ll be revealing more details and screenshots in the coming weeks. Remember that the multiplayer aspect of NEStalgia will remain the core of the experience. The primary goal here is to make the game more fun and more accessible for all players without over-complicating things or diminishing the multiplayer focus. Being able to solo through an area when you can’t find human party members is going to make a huge difference for everyone, not to mention the Pokemon-esque fun to be had in recruiting and leveling different monsters.

BYOND is truly an incredible toolset, but it was originally designed around the concept of having all games created with BYOND live within that ecosystem. Although it was a great way for us to get started, in order for NEStalgia to continue growing it needs to shed the BYOND trappings and become a completely standalone game. Luckily for us, the developers of BYOND agree and will be helping us to make that transition in the coming months.

What does that mean? Nothing from a gameplay perspective: the BYOND foundation will still power NEStalgia and the game itself won’t see any drastic changes. What it will likely entail is a standalone installer for the game which drops things like the BYOND pager, and the potential for us to distribute NEStalgia on services such as Steam.

We’re still working out the details, but I can at least assuage fears about one sticking point: NEStalgia won’t be split into a BYOND version and a separate standalone version – all of our existing users will be making this transition with us.

The Flash Client is still being developed, and so far it works really well. The idea with the flash client is to make the game super easy to access without having to install anything; the client acts as a browser-based portal to existing NEStalgia servers. When it’s ready early next year we’re hoping that it will expose the game to tons of new players, including our neglected but not forgotten Mac OS X brethren! 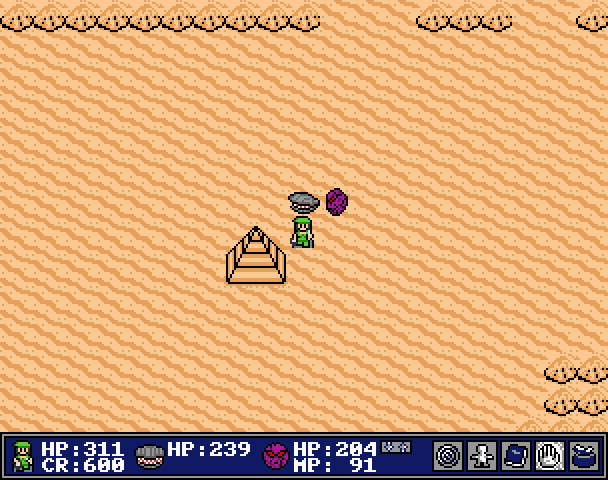 Last but certainly not least, we will begin rolling out new content and level cap expansions on a regular basis following the monster companion update. I know that many NEStalgia oldbies are dying for content updates, and I’m hoping that you’ll bear with us just a little bit longer. I’m confident that the results will be worth the wait.

I don’t want to give release projections for any of this stuff yet, but all of you will be the first to know here on the blog when release dates are set. I’ll probably be a bit less visible until January rolls around, but we do have a really cool holiday event in the works that should go live next week.

Although I’m still having a hard time thinking of myself as a game developer or wrapping my head around the fact that NEStalgia has become a real project, I’m incredibly humbled to have such an enthusiastic player base supporting us. As great as 2011 was for NEStalgia, I have a good feeling that 2012 is going to be even better.

12 Responses to “The Next Big Steps For NEStalgia”