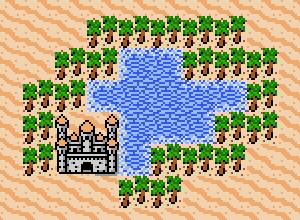 I’ll spare you the long version and post the short version instead: I’ve been very busy (in a good way) with responsibilities outside of NEStalgia development for quite some time. However, as of several weeks ago my responsibilities were completely reshuffled (again, in a good way) and I’m finally back at my office every day doing the small-business owner thing full time. Especially considering the fact that this is a long term change, it should have a major impact on both the speed and regularity of NEStalgia development.

In addition to announcing today’s minor NEStalgia update, I also want to quickly go over where everything stands with development:

Today’s v1.72.3 release (notes) tackles some long-standing bugs that I’ve been meaning to fix for awhile now, including that annoying issue with non-functioning battle hotkeys on private servers. Though  my development efforts will remain focused on Key of the Exiles content, I’ll try to make a point of pushing out small updates more frequently as I make minor fixes/improvements that benefit the existing game.

It’s been awhile since I initially announced plans to open up access to NEStalgia on a ton of new platforms via BYOND’s HTML 5 webclient. The problem is that the performance of the webclient and its compatibility with NEStalgia has been incredibly inconsistent. The hangup has typically been that whenever a new version of the webclient fixes all of the outstanding NEStalgia-specific compatibility issues, it simultaneously introduces a host of new bugs or performance problems. That’s not a knock against the BYOND devs; it’s just the nature of the beast.

It’s been awhile since I last checked in on the webclient, and I plan to do another round of testing with the latest version soon. Once I’m satisfied that the webclient is up to snuff I’ll be sure to post a release announcement with more details.

NEStalgia has continued to sell well through the end of 2015 and the beginning of 2016.  Thank you and welcome to everyone who has purchased the game in the past several months!

I don’t have any new information to share about the Key of the Exiles content expansion at the moment, other than the fact that I’m finally back at my desk working on it regularly.

One last note: if you’ve sent an email to the team@silkgames.com email address and have not received a response then please send a new email. You can assume that any emails sent prior to today that did not receive a reply either didn’t make it to us or got lost in the pile somewhere.