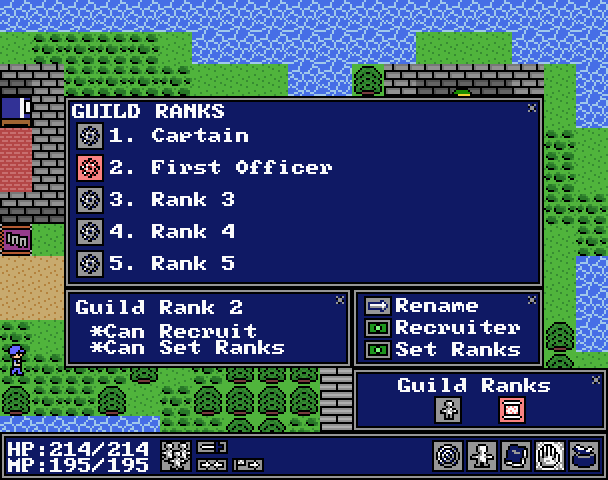 I’ve talked a lot about the big stuff coming in v1.52, but there are loads of smaller changes included in this patch as well. Granted, “smaller” is relative here: in a typical patch almost all of the less touted features coming with v1.52 would be fairly significant news. Many of the items below have been documented in the patch notes for a few weeks, but I haven’t brought any attention to them.

Without further ado, here are the Top Ten Previously Unannounced v1.52 Changes (in no particular order):

NEStalgia’s current frame rate is about 10 FPS, but with recent upgrades to the BYOND system we’ve been able to bump it up to 16 FPS for v1.52. That doesn’t sound like much of a change, but it really does make a big difference in terms of the smoothness of the visuals and the responsiveness of the controls. 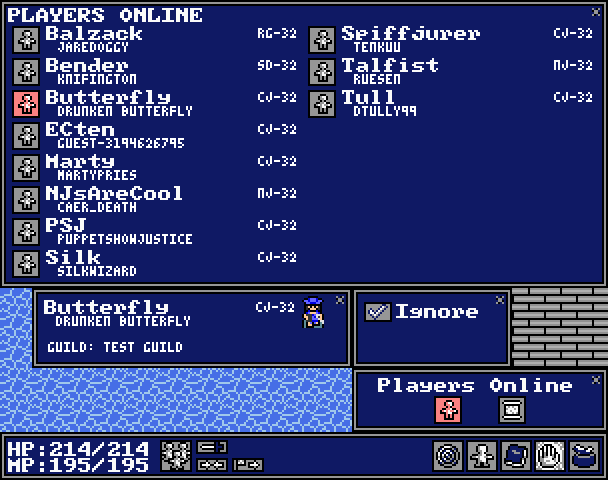 The big motivation behind the increased frame rate is that it allows us to actually bump up players’ overworld movement speed. The speed change is minor, but it makes a big difference. Characters no longer feel sluggish when moving around the map, and on the whole navigating the game just feels a lot better.

Spell Crystals were added to the game before any form of character customization existed (even before Milestone boosts!). With the advent of Skill Trees these crystals are no longer necessary, and their existence actually makes a lot of skill point investment decisions much less meaningful. Therefore, as part of the re-balance I’ve decided to ax Soften, Harden and Speed Crystals completely. Anyone who currently owns one of these crystals will be able to resell the now useless crystals for a full gold refund. 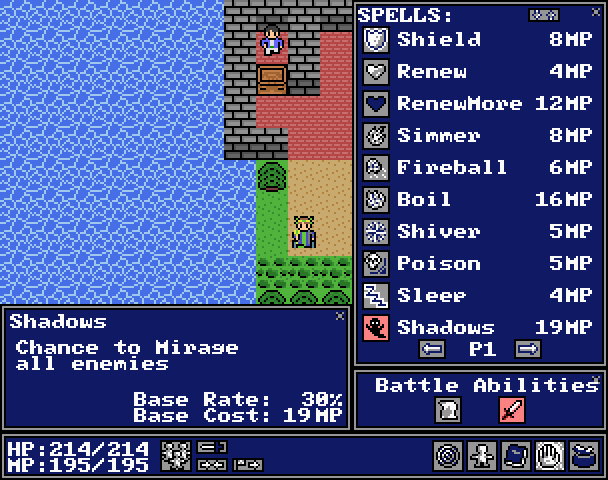 Players can earn up to 38 Skill Points to spend. Most of those come from leveling up, but four can be purchased via the revamped Moon Blessings, and two can be earned by completing a couple new quests.

This was a highly requested change: battle status indicators no longer disappear during the “action round” of battle. These indicators are now added and removed in real time. 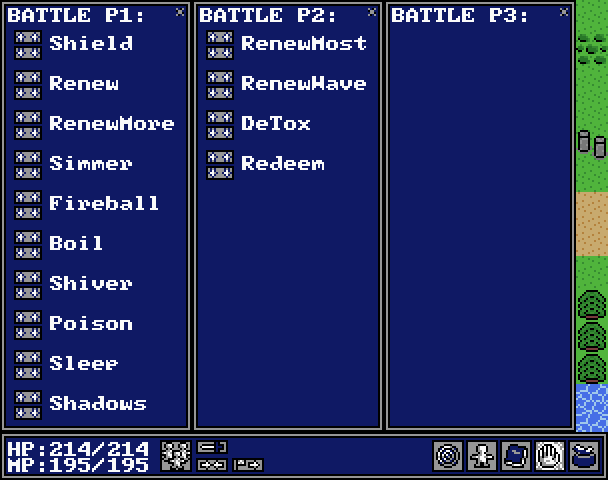 5.) Instant Kill abilities work on bosses and in PvP

Not only is this an oft requested change, but with the introduction of Skill Trees it has actually become a necessary one. Players will now be able to re-order their spell lists for both battle and the overworld. Furthermore, clicking on an ability in this new HUD will show a brief description of what it does, and in the case of a “random success” ability actually indicates its base success rate. 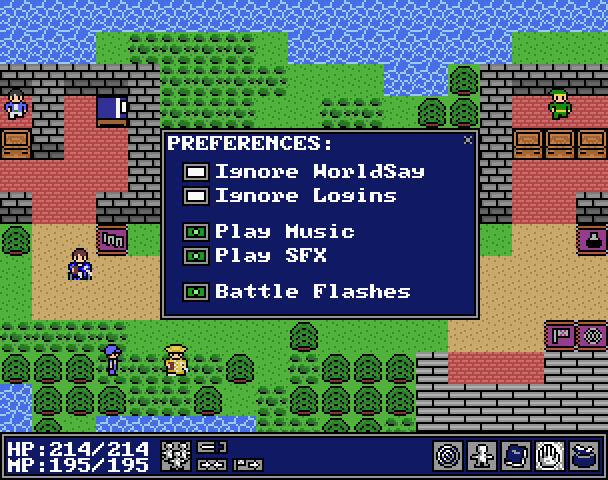 Previously detached from the game window and housed in NEStalgia’s external interface, the Guild and Social management panels have been transferred over to new game HUDs. This makes things much more streamlined, and in many ways these HUDs are now actually easier to use.

This new HUD is fairly straight forward, and is also mostly just a transition of controls that previously lived in NEStalgia’s external interface into the game window itself. However, there is one new little toggle that many people have requested – the ability to disable full screen spell flashes in battle.

“Charge” type abilities such as Charge, JumpKick and Malice’s “Glow” move will now show a status indicator when they’re charging up. This should make it much harder for players to miss the warning for when these abilities are about to be unleashed.

We’ve had a lot of great artwork contributions to the game, and I’ve finally got around to swapping out some of the remaining to-be-replaced sprites for the v1.52 update. Midgard and Efrain have never looked better!