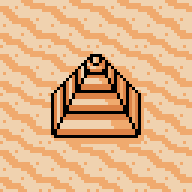 One of my big struggles this past year has been in communicating my development progress (and for many months last summer/fall, the lack thereof). Especially when it comes to the Key of the Exiles content expansion, I’ve felt self conscious posting previews etc. in the face of so many delays. My reasoning has been that long time players probably don’t want to preview what’s in the works; they just want to play it already.

The feedback that I’ve been receiving, however, runs contrary to that. Even in the absence of a clear release date, many oldbies are curious about the expansion and want to know more about it. NEStalgia also continues to sell really well on Steam, meaning that there are lots of new players discovering the game every month who want to see more signs of progress from the dev team.

All in all, I think that most players want to hear from me on a regular basis – even if I don’t have much to report. Therefore, my plan this summer is to drop the “only show up when you have something to say” approach and trying something new.

From here on out I’ll be posting weekly development blog updates every Thursday. I can’t promise that the weekly posts will always be full of exciting new information, but players will at least have the opportunity to see what I’m working on and ask questions. The question that I have for all of you is this: What do you want me to show and/or write about?

I’m wary of spoilers when it comes to the expansion, but I’d like to show screenshots of the new areas and at least general descriptions of what’s going on in them. I also have some back-end updates in the works that could drastically increase the size of servers. If you have something else that you’d like me to address (no matter how big or how small), leave a comment on this post or future weekly update posts, and I’ll try to cover all requests.

The first weekly update will be posted this coming Thursday. In the meantime, here are several new screenshots from the expansion for you to digest: