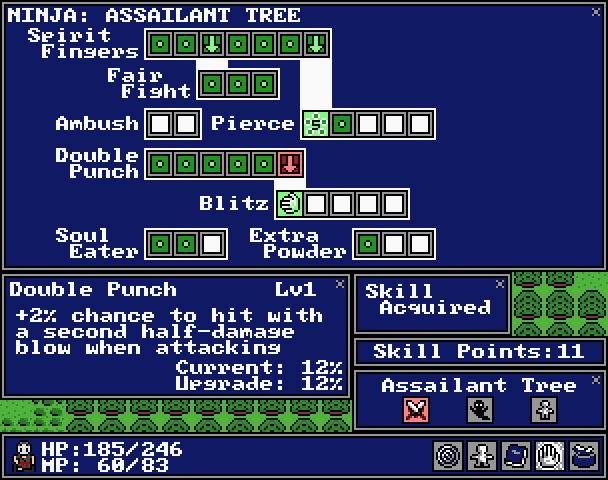 Although I may have been MIA from the blog this week (no podcast again, sorry!), both Spiff and I have been really hard at work behind the scenes. I waded through balance tweaks while Spiff cranked out a ton of bug fixes which went live earlier in the week for a v1.55c update, and he also fixed even more bugs for today’s patch.

So what’s in today’s update? See the giant list of v1.56 changes on the wiki for full documentation, but here are the highlights:

The branch length of many skills have been reduced for all classes, and in most cases this reduction has been coupled with an increase in power per skill point. This change gives players more skill points to play with, and a bit more bang for their buck for each point spent. Due to these tweaks all classes have had their skill points refunded (which is something I hope to not have to do again until the next content update/level cap increase).

As promised, Ninjas received the most attention with this patch. Their skill trees have been reworked to put less emphasis on the “+power when outnumbered” skills and more emphasis on being bad ass fighters that dodge attacks and relentlessly pummel their opponents. The most notable examples of this are a new pair of skill branches:

Double Punch (6): +2% chance to hit with a second half-damage blow when attacking

Retaliate(4): +25% chance to counter with a half-damage blow after dodging an attack

New Weapons/Armor throughout the world

We added more than 15 base types of weapons and armor throughout the world to fill in holes where certain classes didn’t have any decent slot upgrades for many levels. Many of these pieces are rare drops, meaning that there are lots of permutations of them available with different stats. As part of this change, several existing quests were also modified to give class-sensitive rewards. 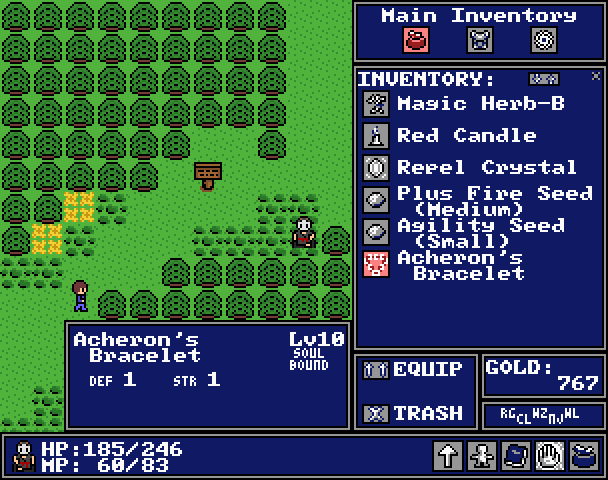 In v1.52 all stat seeds had their power reduced from +2 to +1. That change has been reversed, and new “Small” +1 seeds have been scattered around the world (from Ennar forward) as quest rewards and chest drops.

Did I mention that the v1.56 patch notes are monstrous?

Although I’m sure that there will be some additional minor balance or bug fix patches in the coming weeks, v1.56 is likely going to be the last round of major changes before the new AI Monster Companions and content expansion are released. We’ve also got a pretty sweet holiday event in the works for Christmas time that should sate your appetites for new content over the holidays. More details on all of those updates are forthcoming.

I’ve got a bit of free time this weekend, so I’ll be personally hosting an Official PvP Tournament on Algol tomorrow at 1:00 PM PST. Assemble your level 28-32 teams and sign up here.