Meet the new blog, same as the old blog. Although we’ve transitioned away from our long running development blog on BYOND, those of you who want to go and dig around in the archives of old posts can still do so. One of the big benefits of this move is that players can now use their Silk Games Forum accounts to post comments here – simply log in and it should recognize you.

The new site is a bit sparse, so if there are additional pages or any other information that you’d like to see here then please chime in. A big thanks goes to Jumier for the new logo. First he rocked our world with tons of awesome monster sprites for the game itself, and now he’s gone and re-branded us! 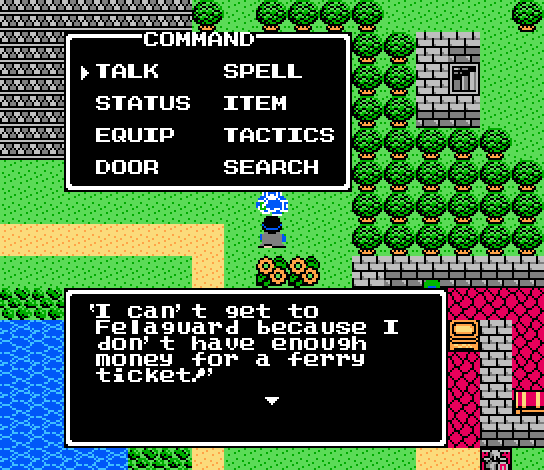 Ten years ago today I released the first Silk Games project ever: a little fan game called Dragon Warrior Online (the idea to create a retro MORPG has been bouncing around in my head for a long time!). Balzack was there from the beginning, followed closely by our diligent server host CableMonkey. My amazing co-developer Spiff came on board about a year and a half later to help develop my second game, and the rest is history.

We’ve been developing online games on and off as a hobby for the past ten years (mostly off), and I certainly never expected for things to become “real” as they did with the public release of NEStalgia earlier this year. Where all of this will take us from here is anyone’s guess, but it’s been a fun ride so far and I’m looking forward to what might come next.

I know that many of you are dying to know when the Skill Tree update will be released, and all that I can do is take a page from Blizzard’s book and say “When it’s ready”. My personal objective is to release first that patch and then the AI Companion update sometime this month, which is an ambitious but attainable goal. Gamepad Mode and a host of other changes should pop up soon as well.

A couple days ago we finally made the switch over to chiptunes for all of the in game music, and it truly is an awesome change. I’ve also had the flash client test up and running on a couple of the live servers, meaning that we can already connect to a server and play with all of you using our in-dev flash client. How cool is that?

Thank you all again for your continued support and patience during this development process. Hopefully a few  months from now you’ll be telling masses of new players horror stories about the “old days” when content updates didn’t happen on a monthly basis. Once all of this feature implementation stuff is out of the way, marketing the game and delivering content will be our top priority. Thanks for sticking with us in the meantime 🙂