Hey everyone! Today I’m trying to cram in as many hours as possible working on the v1.70.0 update so that I can finally get it released. Therefore, this week’s post is going to be short and sweet.

Waaaaay back when NEStalgia was just a jumble of notes in a Google Doc, I decided to avoid creating any sort of damage-dealing terrain in the overworld. My main goal was just to avoid having dead players exist in the overworld in general (as ghosts in the party or what have you), which is also why Poison can’t kill in the overworld and characters always revive with 1 HP at the end of battle.

While I still don’t want to have dead players being dragged around by their party leader, I do think that it’s about time the overworld became a bit more treacherous. In Key of the Exiles you won’t just encounter the familiar JRPG “marsh” or “barrier” type terrain, you’ll also need to be on the lookout for new types of obstacles that could send you and your party straight to the dreaded death cutscene.

Earlier today I recorded an animated gif to show one of these traps in action. It’s about 3MB, so instead of embedding it I’ll instead have you click this link to view it: Pyramid Boulder Trap! 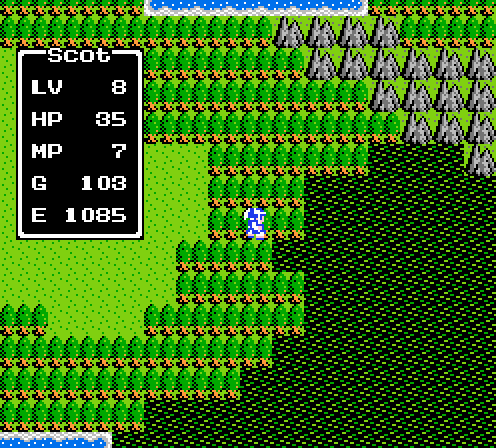 A couple of answers to inevitable questions:

That’s it for now. I’ll be back with another blog post once v1.70.0 and the Webclient beta go live.