Getting v1.70 up and running turned out to be a bit of a struggle, but the server is back online and all of the major bugs have been squashed. However, there are still several things that need to be addressed in v1.70 before I can turn my focus back over to the expansion:

Though it may not seem like it on your end, this was a major transition and it’s a huge relief to have most of it wrapped up. I’m also very excited to be out of the savefile management business, as players can now manually perform savefile merges and key changes using the new tool. All of this stuff is going to free up a ton of my time in the coming months. 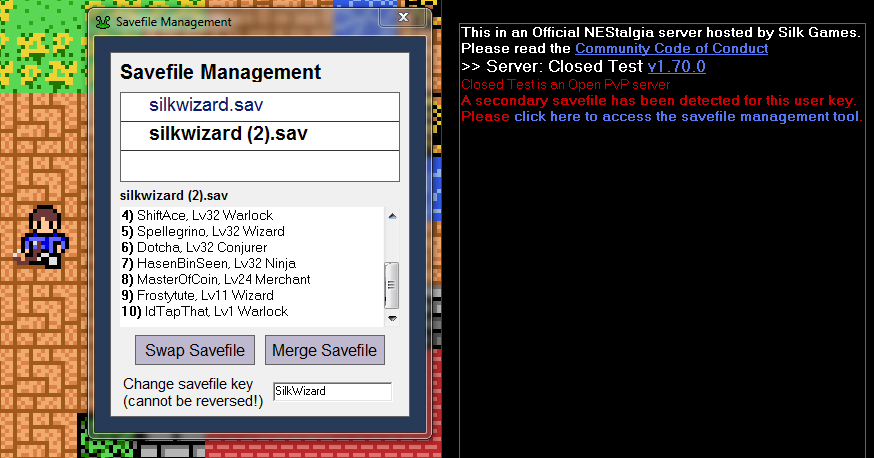 Please see this forum topic for an overview of the Savefile Management Tool.

Once I get the remaining v1.70 issues dealt with, I’ll switch back to focusing all of my development efforts on the Key of the Exiles expansion. I’m going to continue with the weekly blog updates as well.

It’s been a long time since we did a NEStalgia podcast, so recording a new episode is on the agenda for next week’s update. If you have any questions about the recent v1.70 update, the expansion, or anything else NEStalgia related, please post your questions in the comments and we may use them for a Q & A session during the podcast. We’ll be recording early next week, so get your questions in by the end of the weekend!