The month of May turned out to be a wash for NEStalgia gameplay updates, but yesterday’s v1.64 patch puts us back on track with lots of balance tweaks and a huge pile of bug fixes (most of those fixes courtesy of Spiff!). See the v1.64 update notes for a complete list of changes.

I’m in the process of fleshing out the next content expansion, and I hope to have details and screenshots posted in the near future. I’ll be cranking on the expansion around the clock until it’s finished; I want it out the door as soon as possible. Also on my agenda are some minor changes/new features that should be coming in the next couple weeks, most notably the Black Sanctum companions and the ability to toggle individual companion abilities on or off outside of battle.

The biggest news this month is something that has been in the works for awhile: NEStalgia is about to become a standalone game and will no longer require BYOND in order to play. The standalone beta is already available for download, and we’ll be making it official within the next week or two. Once that’s released I will then enthusiastically begin my push for widespread exposure for NEStalgia. 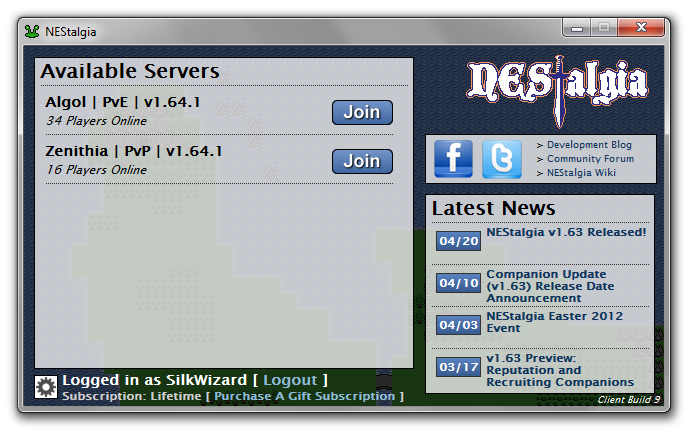 Last but not least I’d like to mention that thanks to the hard work of many community members (especially Jumier and Chaoseon) the NEStalgia Wiki is no longer super out of date. It’s still a work in progress, but it’s all looking great so far.

It’s been far too long since I made time to post a development update, so feel free to ask any lingering questions that you have in the comments.